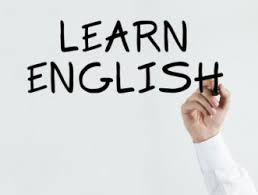 The theme:  “We learn English”

b)to develop the pupils interests to the language and develop thinking and speaking abilities.

Type of the lesson: class hour.

“How do you feel today?”

The teacher: The theme of our lesson is “We learn English”. Nowadays every educated person must know the English. The quotation made by the President of our Republic can be a slogan of our lesson. “Kazakhstan must be known in the world as a country using 3 languages. They are: Kazakh language as official Russian as international and English in order to enter the world economy, people all over the world speak almost 3000 languages. Some languages are spoken by millions of people, others are spoken by hundreds of people. Scientists distinguish 13 great languages. They are: Chinese, English, Russian, Spanish, Hindi, Indonesian, Arabic, Bengali, Portuguese, Japanese, German, French, Italian. Today there a lot of people who knows several languages. A person who knows several languages is called a polyglot. English is number one language in the world. Language helps to understand each other.

“Do you speak English?”- this question is the most frequently heard when people from different countries gather. English is the most widely used language in international business, science and foreign affairs. Some people say that English should be the international language. They think that many problems may be solved easier if everyone speaks English. So we can say English concerns everyone.

Let’s put ourselves into the real conditions of our life. English is everywhere. It is in signs, clothing, soft drinks and households products around the world. The names of pop-group, software and magazines are often presented in English. English words are used as an element magic on T-shirts and caps.

Now you are learning English and if you want to know it well you should always work hard. Shortly speaking you should:

— use new words in grammar structures and conversation;

— read in English as much as possible;

— write in English not only exercises given by the teacher but do it in your own diary;

— listen to BBC news in English;

— communicate if possible with English-speaking people.

East or West have many races,

East or West have many lands

White and black and yellow faces,

White and black and yellow hands.

I want to live and not to die.

I want to laugh and not to cry.

I want to fly into the blue,

I want to swim as fishes do.

I want to feel the summer sun

I want to stretch our friendly hands.

To all the young of other lands

I want to live and not to die.

I want to laugh and not to cry.