Our Motherland is Kazakhstan 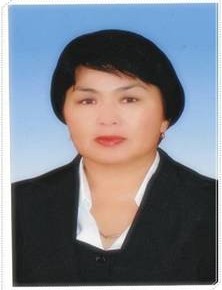 THE  LEADER  OF  THE  XXIst  CENTURY

Extracurricular work
Forms: 8-9
Theme:  Our Motherland is Kazakhstan
Aims: —to develop the  students’ interests in the subject of  English, to widen  students’ scope ( country knowing) according to the intercommunication by subjects: Geography, History.

—to develop communicative skills and abilities through extracurricular work, to cultivate  the feelings of love and responsibility to Motherland.

Procedure:
Presenter 1: Good morning dear teachers and students! First of all, we want to congratulate you on the Republic Day. We wish you strong health, long life without illnesses, and for our republic to prosper for happiness of our place.
Presenter 2: Today we gathered here to choose the best students of the school. Our intellectual game will include:
1st  round: Baiga
2nd  round: Polyglot
3rd  round: Kokpar
4th  round: 4 subjects
Presenter 1: All the questions will deal with the theme  of the RK. We choose  1 student from each grade.
Attention please : after each tour you will gain coins for the correct answers and who  will get  least of the coins will  go out of the game. Welcome, dear  friends!
Presenter 2:
The 1st  participant is ….
The 2nd  participant is … etc.

( Every participant has to introduce  himself  in short. For example: My  name is …. . I was  born …..  . I am a ….. student  of … . My hobby  is …    ( I want  to  be…)
Presenter 1: And our fair  judges are ……
Presenter 2: The  first round of  our  intellectual game is  Baiga
We ask  the questions  and the one  who answers the first will get 10 points.
Presenter 1: 1) Where is the Republic of  Kazakhstan situated? Give  geographical characteristics? ( Kazakhstan is situated / is located in the central part of  the Eurasian landmass)
Presenter 2: 2) What is the area of Kazakhstan and  with which countries does it  border? ( The territory stretches from the lower reaches of the River Volga in the west to the Altai  Mountains in the east. The total area covered  by  the republic  is over 2,7 million square kilometers. In the west and north, the  RK borders with the Russian Federation, in the south with  Turkmenia, Uzbekistan and Kyrgyzstan, in the east with China.)
Presenter 1: 3) How many people are there in our country and what countries taken together would fit into our  republic’s territory? ( There are about 16 million people. Such countries as France, Portugal,Spain, Italy, Greece, Sweden and Finland could fit into its territory.)
Presenter 2: 4) What is the official language of the country? ( The official language of the country is Kazakh.)
Presenter 1: 5) How many rivers are there in the RK? Which of them are the biggest of all? Name the main rivers. ( The RK has almost 85,000 rivers , the biggest of them is the Irtish. Main of them  are the River Ili, the  Syr- Dariya, the Ural.)
Presenter 2: 6)How many lakes are there in the RK and which of them are the biggest?(There are almost 50,000 lakes in the republic.The biggest ones are  Balkash,Alakol,Sasikkol, Markakol.The biggest lake is the Caspian sea.)
Presenter 1: 7) On what principles in the  Constitution of the independent  RK based? ( On the principles of pluralism and separation of powers  within unified  secular state)
Presenter 2:  8) Who is the head of  State and  Chief Executive? ( The president of the RK)
The 2nd  round  is  POLYGLOT